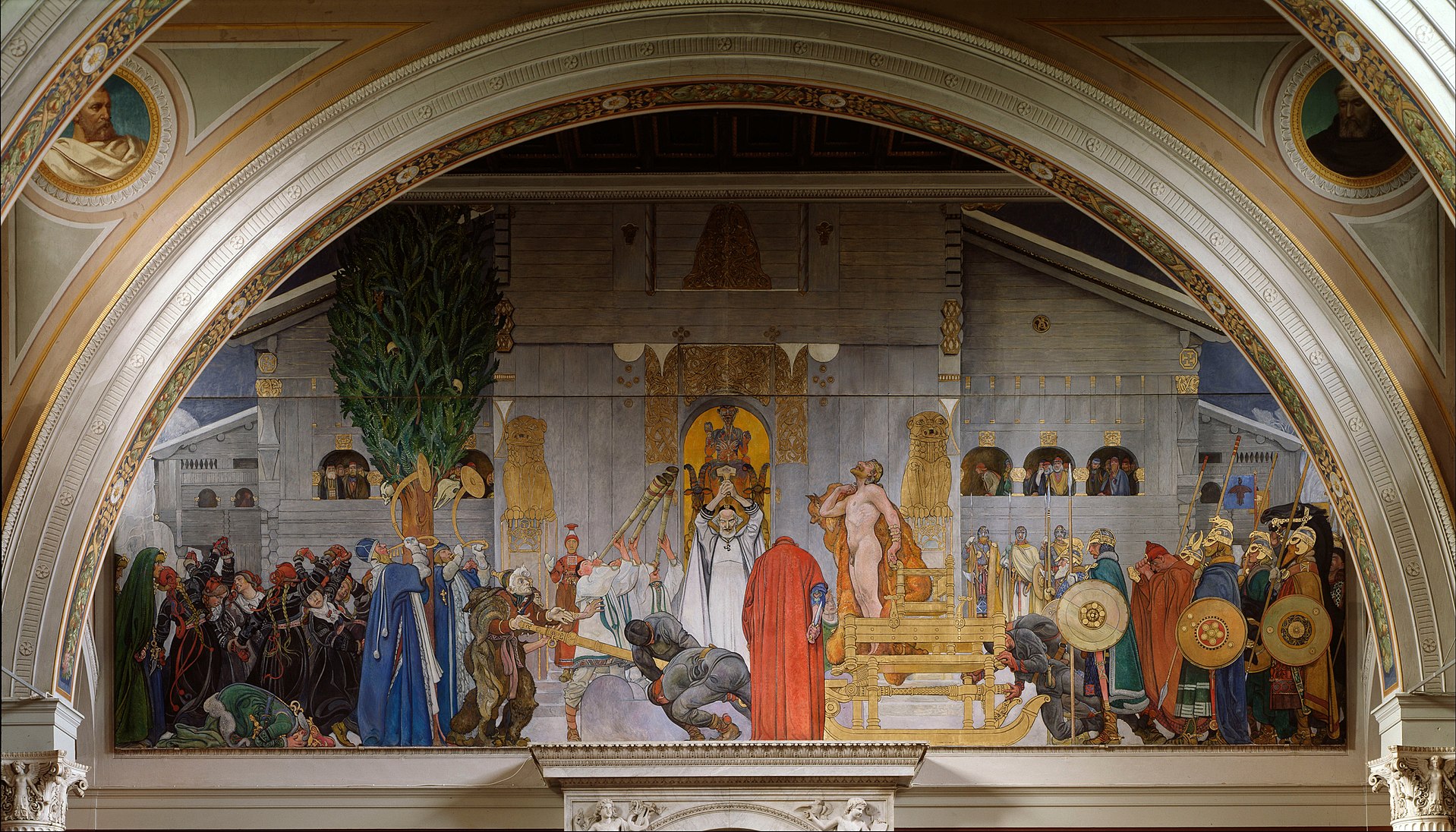 A Swedish painter of the turn of the 19th and 20th century, Carl Larsson is well-known nowadays because of charming watercolours depicting his family living in the summerhouse Lilla Hyttnäs in Sundborn. However, his greatest achievement, according to Larsson himself, was a project for the staircase of the Nationalmuseum in Stockholm – Midvinterblot. Th is painting was meant not only to crown his oeuvre, but also to show the nationalistic views of the artist. Th e oil project on canvas 640 cm high and 1360 cm long was rejected due to the nudity of the object of the titular sacrifi ce – a legendary king of Sweden, Domalde, who died to save his people. Th e composition itself started a big discussion on historical painting in Sweden and on how to represent history in art in general. While the artwork of Larsson was harshly criticised at that time, a few decades aft er it was considered to be hung at its original place eventually. Th rough analysis and interpretation of the artwork, I will try to point out its role in the Swedish culture. Th e debate on appropriateness of the composition and its original subject matter proves that tradition, regarded as references to Scandinavian history, and modernity were both under consideration in the art of the turn of the centuries and that the idea of “the national painter” in Sweden was clearly defi ned by its society.